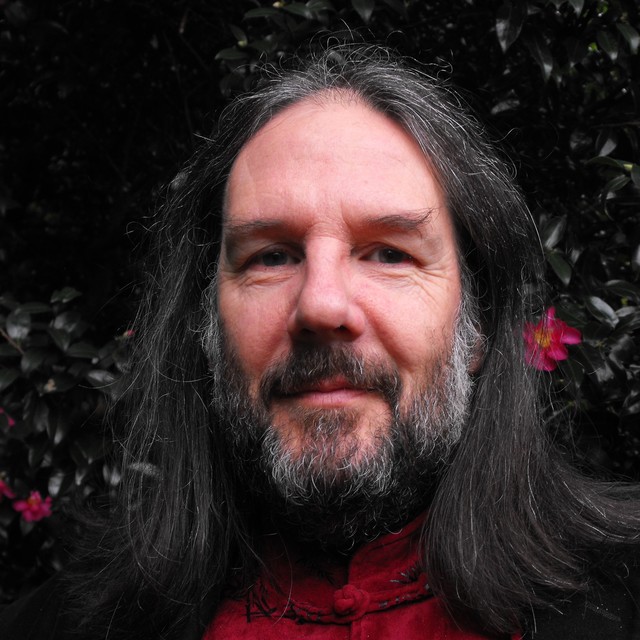 Colin Decio was born in Birmingham, England to an English mother and a Ukrainian father – hence the surname! From 1982 he studied Piano Performing, Piano Teaching and Composition at the Birmingham School of Music (now Birmingham Conservatoire), graduating with five diplomas - including a distinction in composition in 1986; he has recently immigrated to New Zealand with his wife, medieval singer and specialist Ingrid Prosser.

“I started piano lessons aged 10 – because there was a piano in the house and my brother had a good ear”. Colin took to the piano – his brother didn’t!"

As a young pianist Colin won several prizes in the Cheltenham Competitive Festival including the Open Challenge Class, the Composition Class and the Accompaniment Class. Later as a mature student he was awarded the Burke Trophy for Advanced Piano, The Birmingham Midland Institute Composition Prize, the John Ireland Chamber Music Prize and was winner of the piano section of the Ludlow Philharmonic Concerto Competition with Rachmaninov’s 2nd Piano Concerto, which he then went on to perform several times with orchestra as well as performing the Beethoven ‘Emperor’ Concerto.

Shadowing Colin’s classical career has been performances as a professional keyboard player, music director, guitarist and singer working in four different British holiday parks and on two cruise ships; one for six months based in Singapore and the other for a shorter time span in the Mediterranean. This regularly involved six shows a week and accompanying of cabaret acts who would expect perfect sight-reading on the night.

In 1990 he formed the progressive British rock band ‘The E Thing’ performing original material, touring and recording a CD. In 1998, further serious educational study ensued at the University of East Anglia where Colin attained a PGCE in Secondary Music Teaching. In 2004, Colin was lead singer and keyboard player in rock covers band Big Sur.

During 2005 Colin worked briefly as a session musician in Yellow-Shark Studios, Cheltenham. 2005 also saw the world-premiere of his Symphony No. 2, performed by the Cheltenham Symphony.

Professionally Colin has performed many solo piano classical recitals often including his own compositions. As an accompanist his liaison with Anglo/French soprano Evelyne Beech has resulted in two CDs - Cotswold Songs featuring song-cycles by Colin and Air Chantes (songs by Debussy, Faure and Poulenc). He is also a skilled accompanist to various string instruments and wind instruments.

2008 saw the world-premiere of his Symphony No.1, performed by the Gloucester Symphony in Gloucester Cathedral. In 2012 Colin toured the UK with Souvenir d’Anne Frank, playing as pianist in the Decio Piano Trio. Souvenir d’Anne Frank was a theatre work based on Colin’s Piano Trio for Anne Frank ‘Het Achterhuis’, which was highly praised by Anne’s living cousin Budy Elias, and which tells the story of a rose named after Anne Frank.

In 2015 concert pianist Dr Mark Tanner gave the world-premiere of Colin’s 1st Piano Concerto, ‘in memoriam John Ogdon’. Colin’s 2nd Piano Concerto, ‘In the Flowers of the Sun’, written after the plane crash in the Ukraine, awaits its premiere in New Zealand!

Colin’s composition, 'Lord have mercy', specially written for Palliser Viols, was premiered in the Hall of Memories, Wellington August 2018. In 2021, his composition Tiora Tioro for solo viola was ‘Commended’ in the ANZVS (Australia and New Zealand Viola Society) Composition Competition.

Colin regularly performs concerts of piano and poetry with his wife (Ingrid Prosser). Their programmes are mixtures of piano music from the Baroque, Classical & Romantic periods, & the 20th & 21st centuries (including Colin’s own compositions), intertwined with poetry from Ancient Greece & Rome, the Elizabethans, the 19th & 20th centuries, and new poems by Ingrid.

Colin is currently a freelance composer, teacher and pianist and has a permanent resident visa for New Zealand.

for cello and piano, 10m

for cello and piano, 24m

Fanfare for Two Trumpets in Bb

for two trumpets in Bb, 1m

for tuba solo and piano, 3m

for clarinet, cello and piano, 11m

Little Sonatina No. 1 for Bassoon and Piano

Little Sonatina No. 2 for Bassoon and Piano

Rhapsody for Viola and Piano

Sonata for Viola and Piano

Sonata for Violin and Piano

for violin and piano, 36m

Sonatina for Bass and Piano No. 1

for double bass and piano, 11m

Sonatina for Cello and Bass

Sonatina for Cello and Piano No. 1

for cello and piano, 16m

Sonatina for Cello and Piano No. 2

for cello and piano, 17m

Sonatina No. 1 for Clarinet in A and Piano

Sonatina No. 1 for Flute and Piano

for flute and piano, 8m

Sonatina No. 1 for French Horn and Piano

Sonatina No. 1 for Oboe and Piano

Sonatina No. 1 for Trumpet in Bb and Piano

for trumpet and piano, 6m

Sonatina No. 2 for Clarinet in A and Piano

Sonatina No. 2 for Trumpet in Bb and Piano

for trumpet and piano, 10m

Sonatina No. 3 for Cello and Piano

for cello solo and piano, 16m

Trio for Clarinet, Viola and Piano